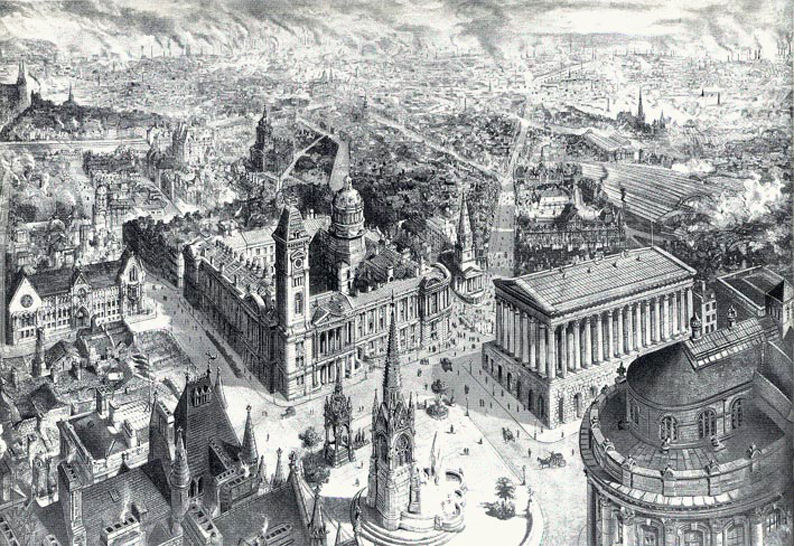 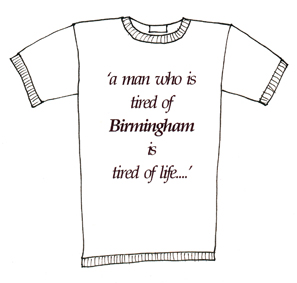 Every place has its particular character and so I'm eternally grateful that I was born and brought up in Birmingham - the former 'city of a thousand trades' and 'workshop of the world'.

The Brummie attitude - perhaps less now, but very much used to be - 'we can make it, whatever you want, we'll make it.'
My father was in charge of the city's electricity supply and as a child I was sometimes, as a huge treat, allowed to accompany him - always on a Saturday morning, as that day was more informal - on an inspection of some part of the town teeming with small factories, back-street workshops, sheds up alleys, or some other place where metal-bashing, jewellery, switchgear or gun-making was in progress; or maybe casting, cable-winding, die-stamping, drop-forging, or any number of other types of manufacture.

Therefore I think it must have been all this at an impressionable age which started me off on the idea of making things.

I've designed a T shirt (left) which is available through this website.

Cultural and architectural historian Jonathan Meades has written one of the most accurate descriptions of Birmingham and Brummie-ness in an essay published in his book 'Museum Without Walls'. Here's an excerpt:


The book can be bought at : www.unbound.co.uk/books/museum-without-walls

In November 2013, in an antiquarian print shop in Covent Garden I managed to find an original of the engraving by H W Brewer (illustrated at the top of this section) which is his "Bird's Eye View of Birmingham in 1886". I've long been fascinated by this image, with its Gustav Doré style representation of darkly smoking industry, clustered around a sunlit civic centre which includes the Town Hall, the Council House, the (old) Central Library, and School of Art.
So, in January 2014, for the Birmingham Today exhibition at the Royal Birmingham Society of Artists, I updated and re-imagined Birmingham from the same viewpoint. Some things change, some things remain... here's my version: 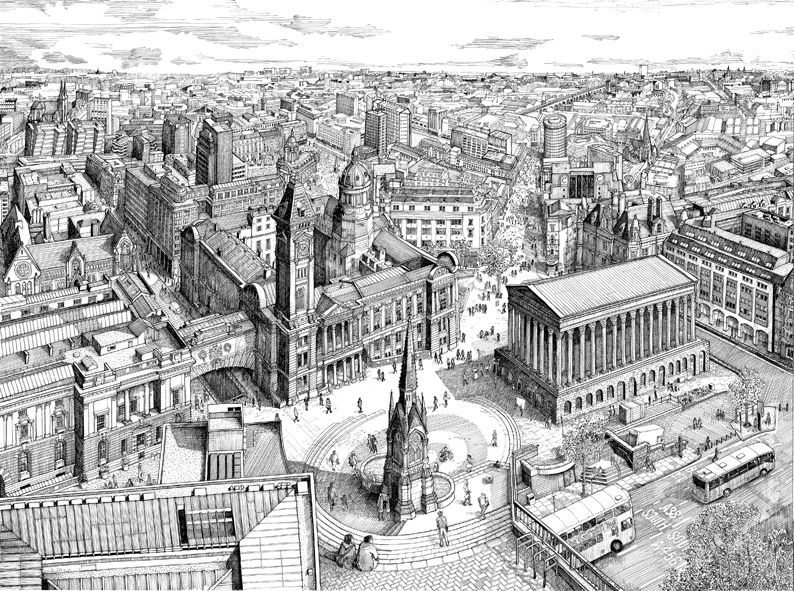