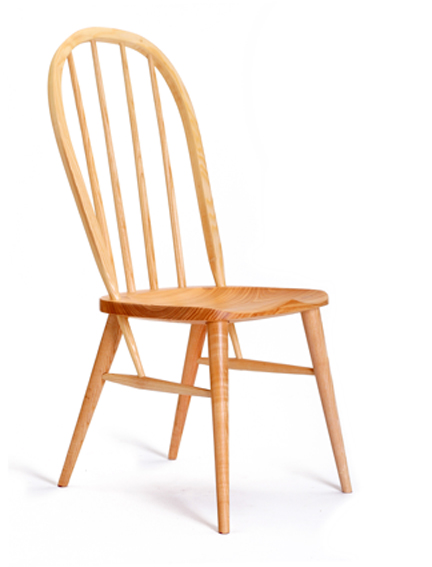 In 2008, whilst working on a restaurant project, I came across a company called Sitting Firm Chairmakers. Craftsman Dave Green had set up the company near Coventry in 1989 and it had become the largest traditional chairmaker in the UK, employing over thirty specialist craftsmen expert in the arts of turning, adzing, steaming, bending, and framing-up.
The company's output had been centred on traditional chairs, based on the regional English and Welsh varieties, green woodworking, and the ancient art of 'bodging' - not to be confused with 'botching' or doing a bad job! I suggested to Dave that he should think about making some ‘Modern Windsors’. You design them and we’ll make them said Dave, and so early in 2009 I came up with the design for Arden (photo,left).
My approach was to retain the integrity of 'Windsor' construction but to remove the unnecessary frills and decoration. And - uniquely - the back bow of the Arden chair is extended and passes through the seat to fit into the side rails, thus creating a very strong geometry.

Subsequently I designed a dining table and sideboard and the range was launched to immediate success at the Milan Furniture Fair 2009. I seemed to be in the right place at the right time with the right product and Arden started a trend. I introduced other designers to Sitting Firm, and more found their own way there. Suddenly there were Windsor-type chairs everywhere. By 2015 journalist Jessica Doyle was writing in the FT:

Several designers are now incorporating green wood and 'bodging' techniques into modern pieces, chiming with a growing demand for simplicity and natural materials in design. Chris Eckersley is in many ways responsible for the renewed interest in these old techniques. He was introduced to traditional chair-making thanks to a collaboration with Sitting Firm, which specialises in Windsor chairs, designing a pared-back contemporary version, the Arden chair, in 2009.

The name Arden derives from the fact that Sitting Firm's location - between Coventry and Birmingham - was in what was once Shakespeare's 'Forest of Arden'. Windsor chairs were originally (ie in the early C18) known as 'Forest' chairs, and were painted green for outdoor use.

Sadly, even though Sitting Firm had more or less a monopoly in their field, Dave Green decided to close his doors for the last time at the end of 2019. But the Arden chair lives on and is now made under licence for me by Hotchkiss Furniture in south Derbyshire.

These photos show Arden chars being made in the 2010s : 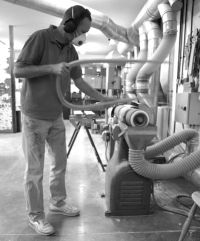 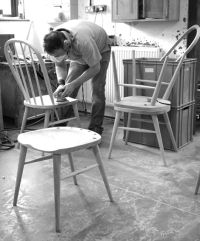 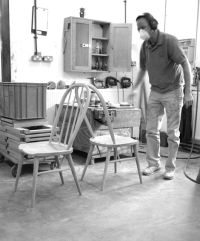 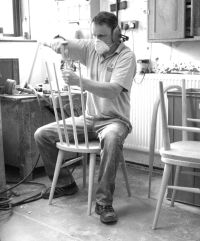 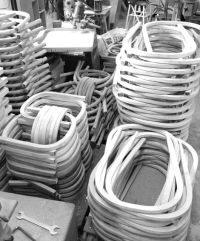 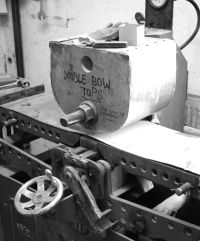 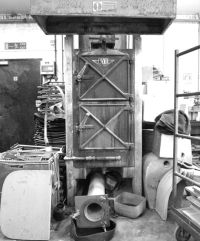 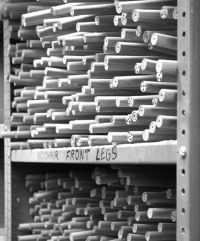 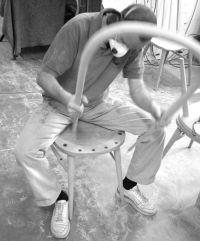 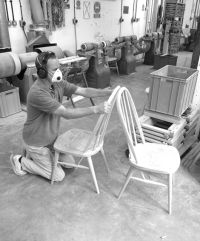 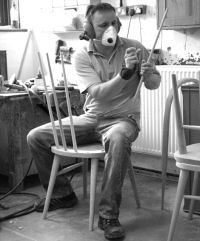 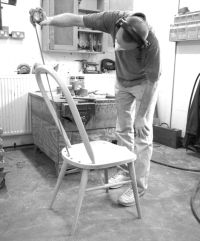