In 2013 I got a call from Daylesford Organics, saying that they were opening a 'modern British pub', they had seen my work at an exhibition, and would I be interested in producing some chairs? The brief was originally for 60 chairs, each chair was to be slightly different, and the 'look' was to be what the French call jolie laide. The meaning of this is something like 'ugly-beautiful' and is used to describe something or someone (usually a woman) who is attractive but not conventionally pretty. I found this an interesting project, and agreed at once. We looked at various chairs but kept coming back as a starting point to a primitive and slightly clumsy West Country example from about 1800.

By this time I'd got Sitting Firm involved and we realised that making 60 different chairs was going to be an expensive way of doing things. So I decided a 'systems' approach was called for and designed 5 different chair backs, 3 different seats, and 4 different leg variants : this gave 5 x 3 x 4 = 60 permutations. In the end Daylesford only needed 50 chairs, but basically the system worked very well. 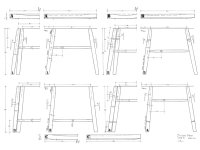 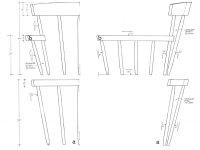 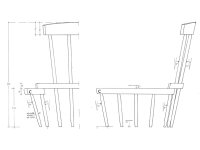 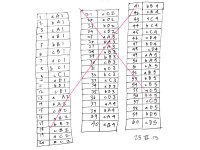 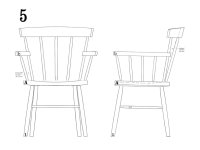 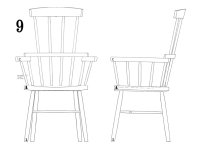 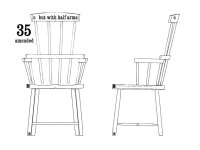 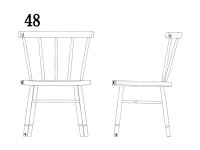 The 'pub' is The Wild Rabbit at Kingham, near Chipping Norton, and has become a huge success. Each chair has its number stamped into the edge of the back of the seat, identifying it as being quite unique. Some are left in the pale natural Ash, and some have been given an ebonised finish. 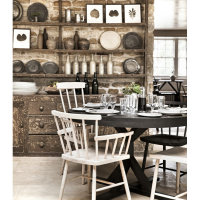 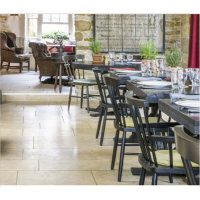 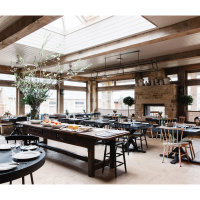 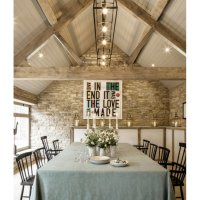