I go back a long way with Heal's as they gave me my first big break back in 1978. In those days I was making some framed mirrors and stands, a table-top version and a full length 'cheval' mirror, and Heal's began ordering these from me. I had a workshop up in Yorkshire and used to deliver the mirrors in a dodgy old van, all down the A1 at 40mph to Tottenham Court Road - quite an adventure! Later Heal's commissioned me to design and make a complete bedroom range; we called it Redhill as by that time I was living at Redhill, in Warwickshire.

Fast forward - I met Sarah Kay at the second Bodging Milano event that Rory Dodd and I organised, and Sarah and I decided to collaborate on a range of furniture. Our idea was furniture-on-trestles or cabinets-on-stands : flexible furniture that could be moved about easily. I went down to Sarah's workshop in the south of France and we made some prototypes (shown below). 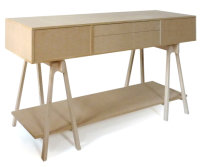 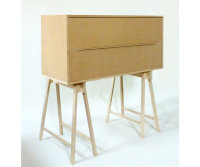 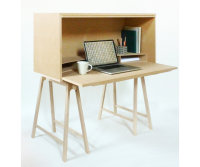 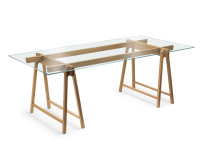 We showed these to Heal's who liked the idea, but not the trestles (too many legs). So we re-worked and refined everything and developed the idea into a range of cabinets which could be combined in very many combinations and permutations, and would sit on either a high or a low four-legged stand. An optional 'pot-board' lower shelf was included as a little nod to some Arts & Crafts furniture that we'd been looking at. Heal's decided to put the range into production and we called it Stipo which is the traditional Italian word for cabinets-on-stands. 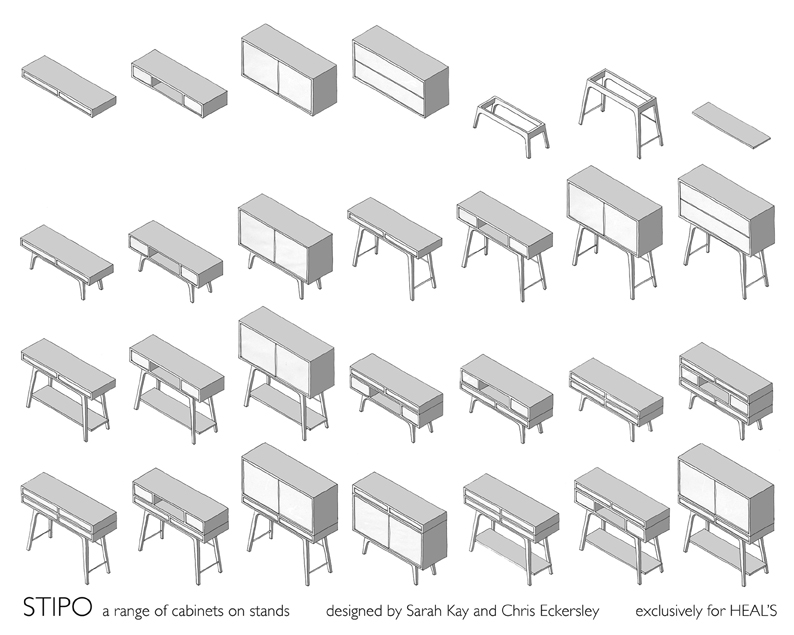 The range comprises a large cabinet, which either has sliding doors, or is fitted out as a desk with upper and lower flap doors; a cabinet with two drawers and space in the middle for satellite or music equipment; and a thinner two-drawer cabinet. Photos below show just a few of the many combinations, on either the high or the low stands. 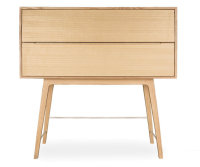 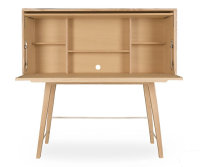 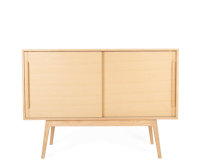 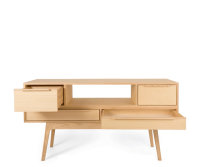 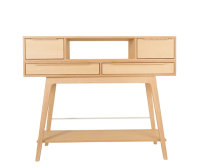 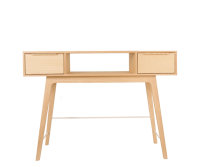 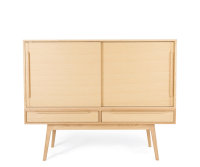 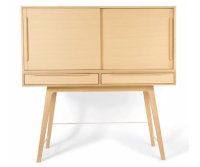