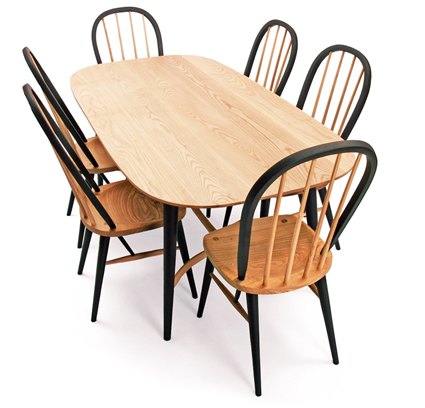 I first met Dave Green and Sitting Firm in 2008 when we both found ourselves working on a project for another company; I as the designer and Dave as the manufacturer. Once I'd been shown around the workshops I was entranced. This became the start of a long and fruitful working relationship, so much so that in 2017 when Sitting Firm were featured in the 'Best of British' in the Crafts Council's CRAFTS magazine. Grant Gibson wrote: By his own admission Dave Green owes a debt to designer Chris Eckersley, who has worked almost as the company's unofficial creative director since the pair first met. 'Chris modernised Sitting Firm,' says Green succinctly. Eckersley created the company's first contemporary chair and introduced Green to a slew of designers, initially through the Bodging Milano project.


The first chair was called Arden and I also designed a dining table to go with it (see above) - these were launched at the Milan Furniture Fair in 2009. I now have six chairs in production with Sitting Firm, any of which can be ordered from my 'Online Shop'. 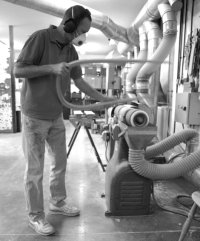 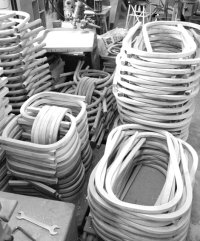 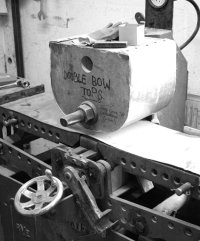 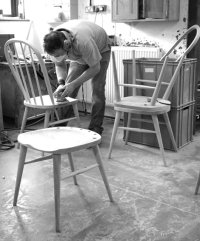 Sitting Firm has a long-standing relationship with the John Lewis Partnership, which goes back many years. When Dave Green was asked to manufacture some new pieces for the John Lewis Croft collection in 2015, he asked me to design them. I came up with three designs : a side table, a tray table (with lift-off tray), and a nest of tables. All were traditionally made in solid ash using 'Windsor' construction methods. We called them after the British forests that had supplied the timber : Ashridge, Kennet, and Harpsden respectively. Pinching an idea from Gordon Russell Furniture, I designed some printed paper labels which were individually signed by the craftsmen who had made each piece, then dated and pasted on to the underside of the furniture. 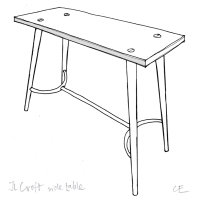 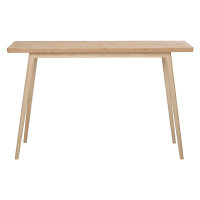 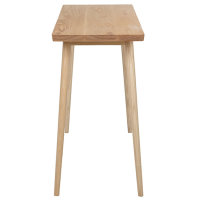 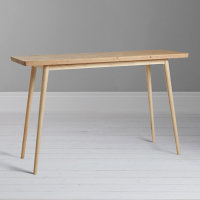 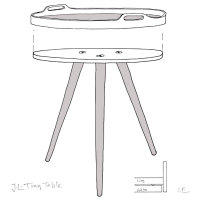 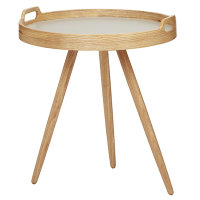 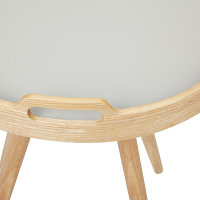 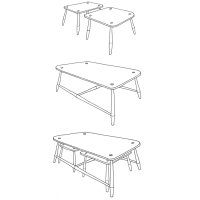 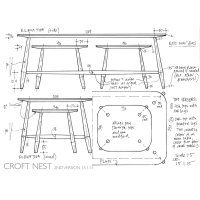 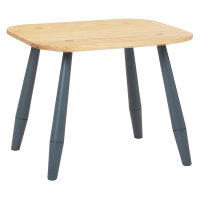 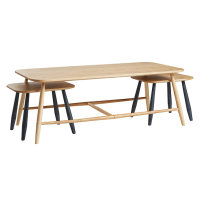 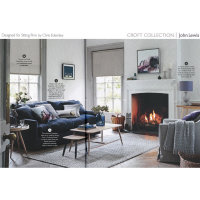