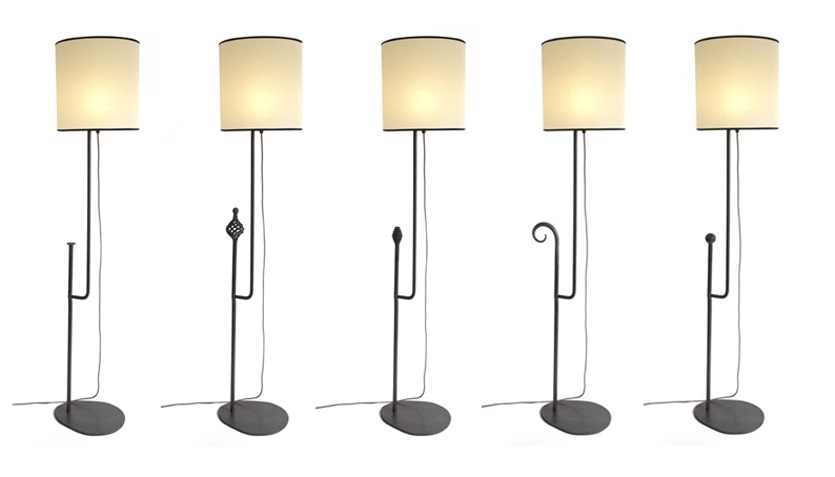 The Forge Project is something that almost grew out of the bodging idea. In 2013 product designer Anthony Dickens was invited to collaborate with a company called Made By The Forge. Anthony asked Gareth Neal, William Warren, and myself to join him and we all went down to meet blacksmith and farrier Richard Fishendon and his wife Juliet at their forge in the Suffolk countryside. Richard and Juliet are living the life : they have a paddock with horses, they plant trees, they run a traditional working forge, and they have developed a range of hand-wrought household items which they sell through their website. They are unusual in that they are a small manufacturing business but they've realised that to move forward they need to work with designers. For Anthony, Gareth, William, and myself this was just the sort of opportunity that we love - we get to learn a new skill; Richard and Juliet get designs for new products. The initial brief was 'lighting'.

We made a few trips down to the forge to stay for a couple of days in a caravan in the Fishendon's paddock. We learnt a bit about blacksmithing - or at least as much as you can in a short time - and we went to the pub by pony-and-trap. Through trial and error we began to discover what sorts of shapes and processes are appropriate to this type of making. Our original ideas were over-engineered; this is metal-bashing in its purist form where the evidence of the hammer blows on the finished product is as important as anything else.

By the middle of 2014 we had some presentable prototypes and Richard and Juliet took the plunge and booked a stand at designjunction. The response from the press, interior designers, and retailers was very encouraging, and the Crafts Council covered the project in their magazine's roundup of the best of London Design Festival. Richard and Juliet were invited to a meeting with Heal's which resulted in Anthony's design being developed into the Farrier's Cage lighting range which was hugely successful. Later on my floor lamp design was simplified, improved, had some of their decorative twists added, and is now in production (see main image above) at Made By The Forge. 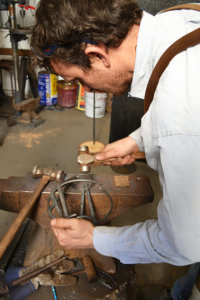 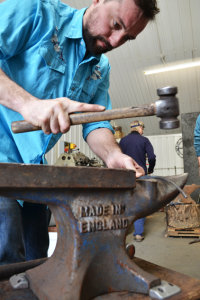 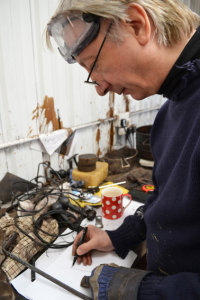 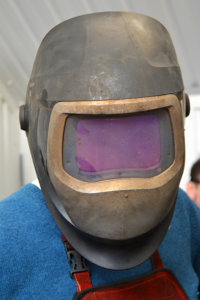 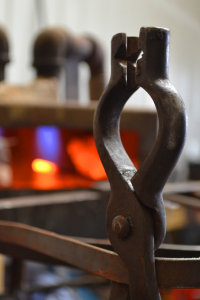 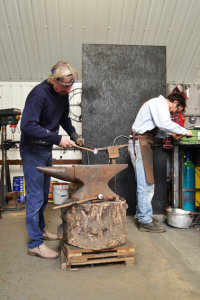 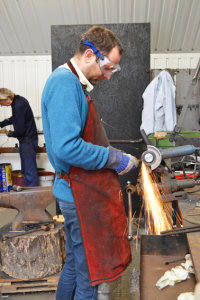 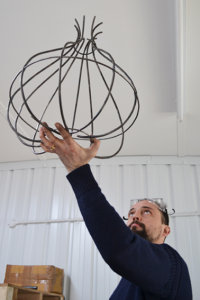